Here are some of the things I’ve made, and my thought process about each of them.

Also, the occasional short opinion piece about something inane.

An update to my Barrie Transit map 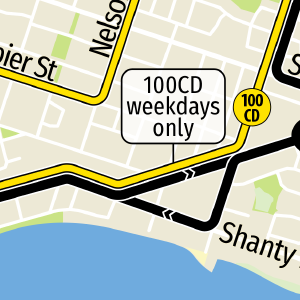 Ever since I finished my re-drawing of Barrie’s transit map a year-and-a-half ago (see Re-drawing the Barrie Transit map, April 2019), I always knew it could still be improved. It was my first map, and after years of working on it I finally had to just call it done.

However, I decided recently that it was due for an update. Some of the routes changed significantly earlier this year, and I wanted to see how I could improve the map as a whole. I still hold to the main principles I set out in my first post, but upon some reflection I decided that some specific design choices I made didn’t work very well. 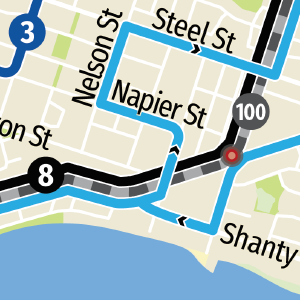 Every good city has a public transit system, and every good transit system has a map. But not all maps are drawn equal, and so over the past year or so I’ve spent some of my spare time re-drawing my city’s mediocre bus map, using these rules I came up with:

Tales of a snow brush: Lighter is better

The $4 lightweight wooden snow brush with the skimpy ice scraper is better than the fancy $30 aluminum and plastic one with the extendo-matic rotating brush and ultra-duty scraper. Why is that?

Even though the fancy one has more features, it fails at efficiently completing its core purpose: brushing snow. 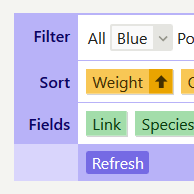 A fully-developed proof of concept for a dynamic browser-based reporting application, for analysing data from the popular video game Pokémon. Built with React using a custom GraphQL API based on the open source PokéAPI project.