Tales of a snow brush: Lighter is better

The $4 lightweight wooden snow brush with the skimpy ice scraper is better than the fancy $30 aluminum and plastic one with the extendo-matic rotating brush and ultra-duty scraper. Why is that?

Even though the fancy one has more features, it fails at efficiently completing its core purpose: brushing snow. While the wooden probably weighs half a pound, the fancy one is significantly longer and probably weighs several pounds. That's the difference between being able to reach across a car windshield and one-handedly fling away the snow, and having to use two hands and push the snow with the inevitably floppy bristles.

In other words, the lightweight brush completes the job faster and with less effort. As a bonus, due to its small size, it can be neatly tucked between the passenger seat and the centre console when not in use, while the fancy one needs to go in the trunk.

Clearly, more features isn't always better. This doesn't just apply to snow brushes. Websites, motor vehicles, computers, and transit maps, among other things, could all be so much better if everyone took this simple lesson to heart.

(However, when it comes to scraping ice, the anemic scraper on the wooden brush hardly does the job, and is likely to break before the end of winter. It wasn't always this way though. Older versions of the wooden brushes were much better—I used the same one for 3 and a half seasons before the bristles wore down to nothing.)

If you'd like to comment on something I've written, shoot me an email. If it's of interest to others, I'll add it to the article as a reader comment (please supply a name to use if you'd like to be attributed). 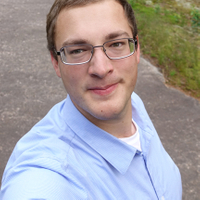 I am Charles Marttinen (cmmartti), a web developer from the Toronto region.

Every once in a while, I'll pull out a notebook and pencil and write about something that interests me.